In 2012, one of the most devastating fires in the Valencian Community took place in the region of Cortes de Pallás. The fire then devastated more than 30,000 hectares of land, leaving the area devoid of vegetation. Currently, thanks to the joint action of CO2 Revolution and Iberdrola, we are carrying out reforestation to regenerate the tree cover with the aim of recovering the biodiversity of the territory.

Reforestation in Cortes de Pallás combines traditional methods of manual planting with others in which we use the technology of our drones to reach areas of difficult access, where until now it was impossible to plant manually. Through our revolutionary model of planting with drones, we achieve greater efficiency in distributing the seeds over a wide area and in the shortest possible time.

This project is part of Iberdrola’s Tree Program, which foresees the planting of 20 million trees by 2030. Specifically, it is estimated that 400,000 trees will grow in the reforestation of the Muela de Cortes de Pallás. For the selection of species to be planted, CO2 Revolution carries out a rigorous analysis of the climate and terrain in order to choose the most suitable vegetation. In this reforestation we use native varieties of the Mediterranean forest such as oaks or pines, which guarantees the creation of a complete and sustainable ecosystem. 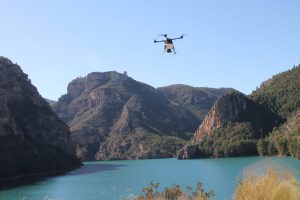 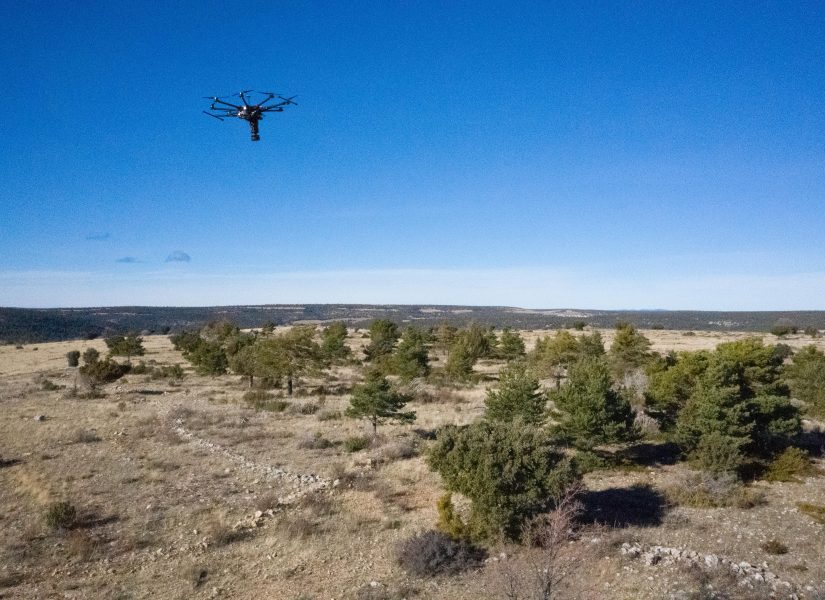