Started in the Monastery now we are here: on our way to Silicon Valley

CO2 Revolution has been selected by the DESAFIA San Francisco program to take its business model to the United States.

Six years ago, Juan Carlos Sesma, an entrepreneur from Navarre, came up with the idea for the startup CO2 Revolution at the Monastery of Oliva, while planting seeds with a friar. Today, the company is crossing the Atlantic Ocean to California, taking its story from the monastery to the technological ecosystem of Silicon Valley.

After five years working in Spain, CO2 Revolution, a pioneer in the green regeneration of forests with a revolutionary method, combining biotechnology with traditional planting systems, now begins its internationalization process starting with California. The company has been selected among hundreds of candidates in the DESAFÍA San Francisco program for its 2022 edition, where it will carry out an immersion and accompaniment plan with the objective of scaling its business model internationally and entering the North American market.

This initiative is organized by ICEX, an agency attached to the Ministry of Industry, Trade and Tourism, with the collaboration of Mind The Bridge, the innovation firm specializing in startups, as well as Red.es and the Economic and Commercial Office of Spain in Los Angeles. In this activity CO2 Revolution will have the opportunity to learn in depth about the U.S. technology ecosystem and in particular that of Silicon Valley, thanks to the promotion of the generation of business opportunities and collaboration. 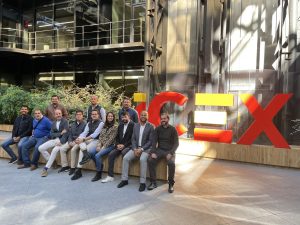 This program marks the beginning of CO2 Revolution’s expansion process, which is expected to grow significantly over the next year, both in terms of internationalization and in terms of expected profits due to the increase in demand. The company plans to carry out a greater number of reforestations, and forecasts a strengthening in the carbon credits market. In this way, the project that started with a plantation in the orchard of the Monastery of Oliva in Navarra will experience a geographical development, spreading its mission to curb climate change at a global level.

To date, the company has planted 1.5 million trees on more than 1,200 hectares, including this year’s reforestation campaign. As a result, it has managed to obtain up to 300,000 available tons of CO2 by contributing to the creation of carbon sinks such as forests. In addition, CO2 Revolution generates not only environmental, but also social and economic benefits. In collaboration with foundations and NGOs, several reforestation projects have been carried out by people at risk of social exclusion. Likewise, thanks to its actions, the company manages to boost local employment and promote rural development.

Creating a positive impact on society is one of the pillars that address the company’s business model and as such is stated in its code of ethics, which defines the mission, vision and ethical principles directing the development of the company, including zero debt and immediate payment to suppliers. CO2 Revolution acts in line with values such as empathy, effort, efficiency and honesty, taking care of its relationships with partners, customers and suppliers, always in pursuit of its sustainability goals. 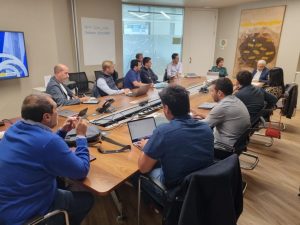 From the Monastery to Silicon Valley: the story of a mission to fight climate change

In 2016, Juan Carlos Sesma, concerned about the devastating effects of fires and droughts, began to devise the CO2 Revolution project. With the help of Enrique, a Cistercian friar of the Monastery of Oliva, he began to carry out planting tests in the surroundings of the temple with the first pre-germinated seeds that would later evolve into iSeeds, a key element for massive and efficient reforestation.

With the purpose of giving good fruits to society and leaving a better world to the next generations in mind, in 2018 the company was incorporated with the mission to combat climate change. To this end, two goals were defined. First, the generation of large-scale ecosystems by planting trees, shrubs and grasses of native and biodiverse species. Secondly, the reduction of CO2 emissions from the atmosphere through the calculation and offsetting of the carbon footprint of companies to improve their sustainability strategy. Always looking for maximum efficiency and profitability.

CO2 Revolution has grown from a small project to an innovative company committed to investment in R&D&I. It stands out particularly in the field of biotech, thanks to the creation of iSeeds, laboratory-reinforced seeds with high germination capacity, which have a previous positive private patentability report. These intelligent seeds are launched from drones to sow in hard-to-reach areas where it would not be possible to plant with traditional methods. It is also a pioneer in fintech for its introduction in the voluntary carbon market, generating this type of credits to boost sustainable finance in the business sector. 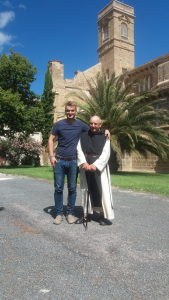